It is Saturday, 9:30 am. Donning a familiar black shirt with a white graphic, you leave the house for the coffee shop two blocks away. You sense unease from the couple in line behind you, then you catch a person pointing in your direction from the corner of your eye. Standard. But on your way out, there’s a nod of approval from someone clearly seeking a remedy for last night’s regrettable encounter with Jose Cuervo. The Grim Reaper on your back flashes the patrons with a warning carved into the tombstone beside him. Enter the world of Sketchy Tank, a place where the disturbed are comforted and the comforted are disturbed. “When I see something shocking, it’s memorable and even if people hate it, it’s in their brain. They can’t get it out, they know who I am and it works.” Jesse getting inspiration at Baldface. Or maybe just getting high.

What is now a style, movement and symbol, Sketchy Tank arose from humble beginnings on the computer of artist Jesse Dawber where he kept an inspirational folder on his desktop dubbed, The Sketchy Tank, “a tank full of sketchy shit.” Bad tattoos, ironic photos, stupid graffiti, the kind of images that, when compiled in one place, are internet gold. Thus, sketchytank.com was born and a cult following began to emerge — likeminded people that were able to appreciate levity in the otherwise nefarious themes present in life. “I always found something funny about the contrast between dark humor and light situations,” Dawber explains. Taboo, vice, death — this is the motif of interest for Jesse — thoughts that trigger feelings of distress, but twist into an idea that anyone can relate to, laugh at, embrace. As popularity and traffic grew, he saw an opportunity to share his work with the world by offering shirts for presale on the site. This happened in 2009, while Dawber was holding down a Lead Product Designer position at Electric, working directly alongside its Founder and then CEO, Kip Arnette. Jesse holding the Grim Reader — a CAPiTA Charlie Slasher undercover, with a graphic he designed for Snowboard Magazine.

Over the next four years, two landmark events occurred in Jesse’s life: Sketchy Tank shirt sales surpassed what he was earning as a salary, and he became a father. It was then that he realized that it could become something bigger and saw how art could be a means to support his family, something few people are able to achieve. Jesse left Electric in February 2014. Instagram then replaced his blog and became the epicenter of all things sketchy. 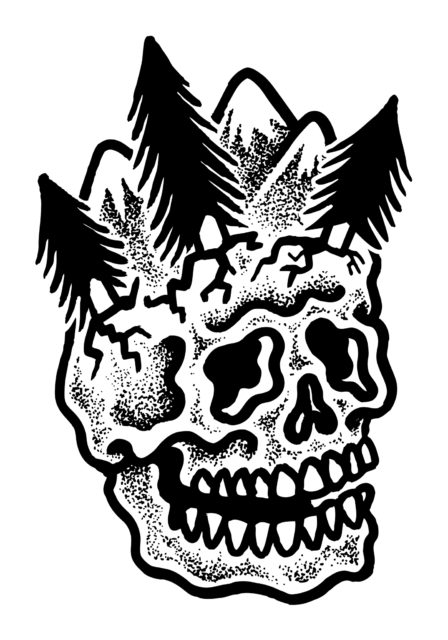 It was pouring gasoline on a fire. Sketchy Tank is now in 300 stores worldwide. Internet presales create demand while eliminating overhead, and he has done selective collaborations with Volcom, KR3W, Vans, Celtek, Hansen Surfboards and RIDE among others. The goal, however, is to keep it tight, small, simple and to never stray from the fact that it is real. There are no suits and no mood boards. The art is a balance of politically incorrect fun and anti-establishment that doesn’t cross into maliciousness, all from Jesse’s unfiltered creative stream of consciousness. “If I make somebody take a second out of their day and laugh at something, that’s worth more than any dollar amount,” Jesse believes. Coincidentally, that is a major element in the success of Sketchy Tank. “I hate calling it a brand — it is more than that — it’s a feeling. The ‘Good Times, Bad Friends’ graphic has by far been my best one. I don’t think there’s a fucking person on this planet that it doesn’t resonate with. We all know we like to be bad and we all have fun. You know drinking twelve beers in a night isn’t good for you, but you still do it anyway.”

That honesty permeates into the art because it comes from an individual who is grateful his life entails making people laugh while others may cringe. So if someone gets worked up over the Sketchy Tank graphic you’re wearing, say, “Relax, it’s just a fucking t-shirt.”